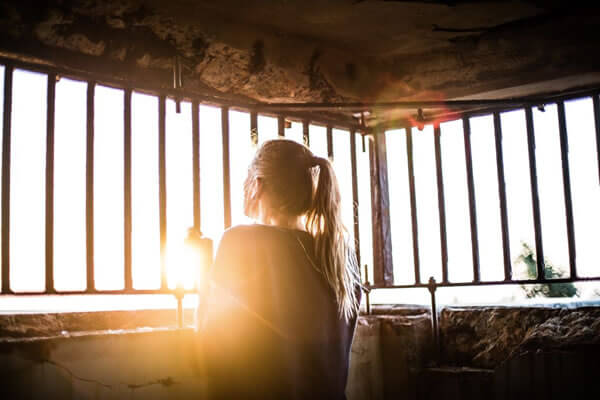 I was having a casual chat with a friend a couple months ago and it really brought me back to thinking about how we experience positive and negative emotions in our life. She was asking me how I was doing and if there was a special man in my life. I said things were going great and that there was no special man but a good friend that I quite liked.

I was simply relaying the facts.

There was nothing negative to what I had said. I didn’t say I was pining for someone that doesn’t love me and I didn’t say I was heartbroken because I don’t have a special man in my life (not that there would have been anything wrong with saying these things) but I said things were great and I meant it. This isn’t the first time I have noticed something like this.

On many other occasions I have heard people talking about something only to stop themselves and say “oh I shouldn’t use that word because it’s so negative” or “oh I don’t want to be all negative about it”.

When did negative become bad or wrong?

And why is using a negative word in your vocabulary a bad thing that should not be done? And even if I was saying that I was heartbroken about not having a special man why is that such a bad thing that I shouldn’t share with a friend that knows me quite well?

Are people afraid that if they have a negative thought, experience a negative feeling, or utter a negative word that the fires of hell are going to come crashing down on them and bad things will happen in their life? I’m sure that seems way over the top and sounds so absolutely ridiculous but at the same time that is how some of us respond to negative stuff in our lives.

Because when you attempt to simply do away with or ignore a negative thought, statement or feeling you don’t really address it. It’s like trying to sweep dust under the carpet. It’s still there under the carpet, you just can’t see it anymore. Eventually though as you keep doing this the dust under that carpet will pile up so high that you will be able to see a lump. What do you think having a “lump” inside you eventually does to your health?

Over time, as it builds it creates tension, leading to things like high blood pressure, burnout, chronic fatigue, apathy, hormonal imbalances, I could go on and on here so I hope you are getting the picture…when you ignore the negative, you are not “getting over” your negative emotions you are simply displacing them and forging on. You cannot be whole and healthy and also deny expression of some of the emotions you don’t like at the same time.

It is HEALTHY to allow expression of everything in a manner that supports us.

Yes sometimes negative emotions can be difficult and challenging and not fun to feel but the suffering part is optional. Just because you are having a negative emotion does not mean you have to suffer in it. All it is, is something in you that is asking to be heard. It is not saying anything about the person that you are. When we try to gloss over our negative emotions with a positive statement or affirmation we do ourselves a tremendous disservice because we break our relationship with our SELF by denying the part of us that is trying to speak.

This is why I question it when I hear people not allow any sort of negative expression because it makes me wonder what must be going on deep down under the surface that is making them think that it is not okay to allow anything negative. When does trying to force something to go away EVER work? What’s your relationship with negative? What parts of you might YOU be denying when you stop your expression?

Stay tuned for part 2 – How to Really Get Over Your Negative Emotions Instead!